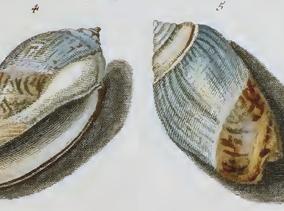 Considerable numbers of shells of this species are exported out of India and Sri Lanka each year, as part of the shell craft industry. Natural as well as manufactured specimens, of which the outer shell layer has been removed mechanically, find their way to customers worldwide. The mechanical removal of the outer layer seems to have a long standing history as such a specimen was already figured by Knorr (1771: Pl 4 fig. 4).