Genus:
Utriculina Gray, 1847
Usage:
valid
Reference:
A list of the genera of Recent Mollusca, their synonyms and types 140 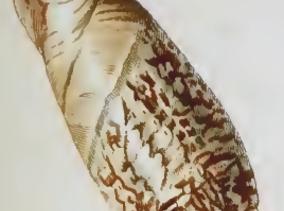 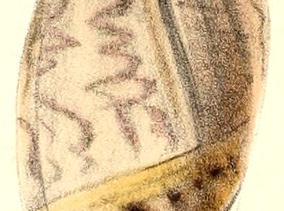 Gray's mentioning of utriculus, as single species does not constitute designation of a type species. Both Voluta utriculus Gmelin, 1791, and Oliva utriculus Lamarck, 1811, apply to be selected as type species, as it seems evident fom the text that Gray had both works in which these taxa were proposed at hand. As both are, however, objective synonyms, it seems best to consider Voluta utriculus Gmelin, 1791 (a junior synonym of Voluta gibbosa Born, 1778, see below), as the type species. Fortunately, Kantor, Fedosov, Puillandre, Bonillo & Bouchet (2017: 36), fixed that taxon as type species,