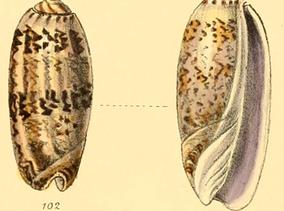 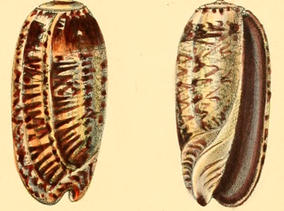 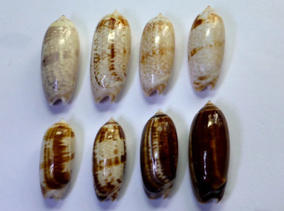 A small Miniaceoliva with a restricted distribution range, apparently only found in NW Australia. It is often confused with M. irisans, and was previously synonymised with that taxon by several authors. However, it remains smaller, has a violet aperture, and a white columella.